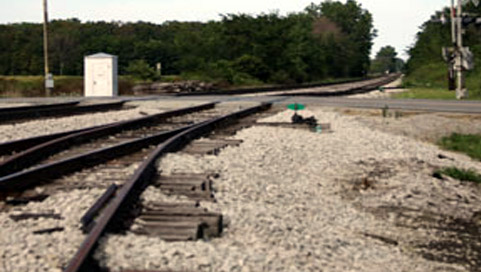 Since 1890, the ghost of Jimmy Welsh, a freight train conductor who was tossed from the train and beheaded, has been seen carrying a lantern along the tracks. The Lima Daily News even reported that trainmen in 1890 refused to make this run along the tracks because of the frequent appearance of the ghost that was so clear, they could see Mr. Welsh's features. . . minus the head, of course. 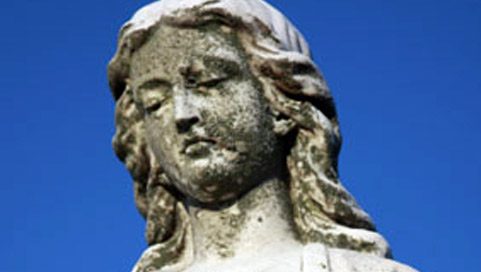 There is a statue of a woman in the cemetery. Those who have touched the hand, turned and walked away have heard footsteps following them. There are others who have seen the eyes glow a deep, vibrant red. They follow you when you walk.