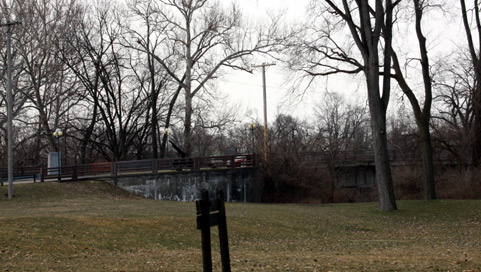 A pregnant Bessie Little was murdered here on August 27, 1896, by her sweetheart, Albert J. Frantz. Her body was discovered under the bridge by a swimmer. Albert died for his crime. Bessie's spirit lives on --she has been seen walking along the bridge. 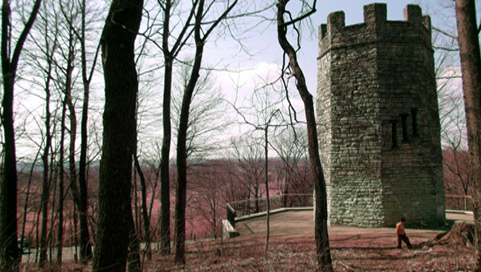 Ghostly shadows have been seen around the building along with the sounds of bangs where an old doorway had once led to the tower. In the 1960s, a teen was killed here during an electrical storm. 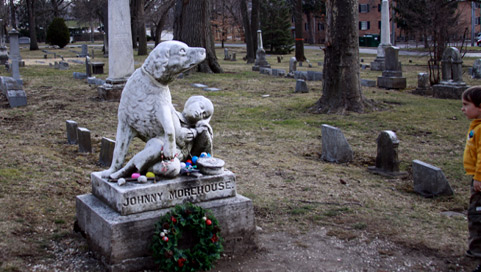 Legends state that Johnny Morehouse (1855-1860) was the five year son of Barbara D. and John N. Morehouse who died while playing near the Miami & Erie Canal. He fell in and his dog repeatedly tried to save him, to no avail. After he was buried, his dog refused to leave his grave, staying by his young master even after death. Both are seen playing within the confines of the cemetery and a dog's bark can be heard at night. And while you are there. . . if a mild-mannered young woman stops to talk to you, be nice. A ghostly girl has been known to stop people and take up a short conversation, only to disappear right after!