The Eyes of Charles Breuer 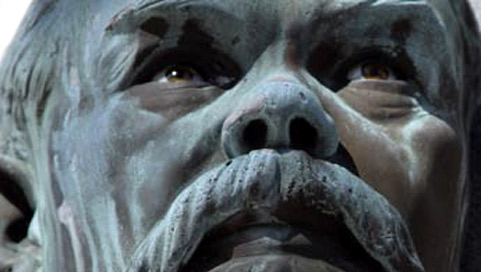 (Follow the main street entrance roadway, which is the road with the lines, past two shelter houses. Right after the second shelter house, the road Y's where Mister Breuer's monument is located.) Although Charles C. Breuer should have been remembered as a successful Cincinnati real estate magnate, his exploits before death left him with a legacy of eccentricity. But the one thing that many remember him for is his grave. Glass eyes placed into the bust on his monument are said to follow those who walk past. 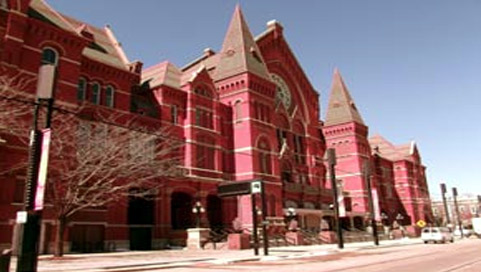 Built in 1878 as the city's convention center. It is now best known as the home to the Cincinnati Symphony Orchestra and Cincinnati Ballet. The south part of Music Hall was built over an old Potters Field, where many graves were never marked. There is also a section built over an early orphan asylum. The discovery of bodies while digging an elevator shaft in 1988 has led many to believe the hauntings to be of those buried in the old cemetery. Workers have been touched, seen full body apparitions and have heard voices. 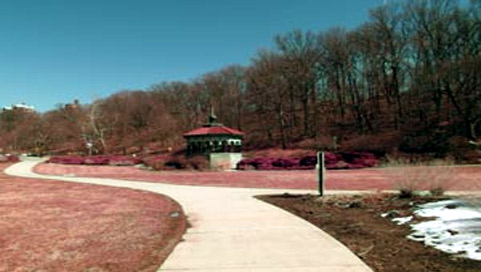 George Remus was a lawyer and bootlegger in the 1920s. George divorced his first wife to marry his secretary, Imogene. Imogene filed for divorce and on October 6, 1927 while taking a cab through Eden Park to get the divorce finalized, George Remus had his driver chase her down in his own car. When it went off the road, George shot Imogene in the stomach in front of the Spring House Gazebo. He was acquitted by means of insanity with a six month sentence. His dead wife's sentence, however, was much longer. Her ghost has been seen outside the Spring House Gazebo crying.