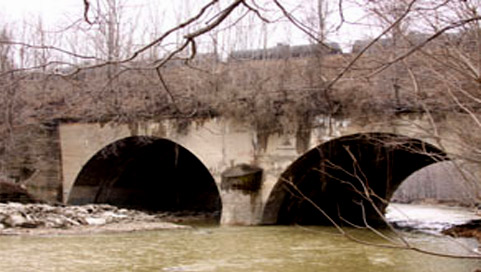 On December 29, 1876, the Pacific Express, No. 5 of the Lake Shore and Michigan Southern Railway was moving westward across the tracks toward the Ashtabula Bridge with 159 passengers and crew. The frigid temperatures and the weight of the train caused too much stress on the poorly built structure. Just as the lead engine cleared the west bank, the bridge collapsed leaving the rest of the train to plunge into the river and bank below.  It was a 70 foot fall into the frozen river. Some railcars smashed into others as they fell, while other cars were quickly crushed by cars landing on top of them. When the train hit the bottom, oil lamps and coal heating stoves in the railcars ignited and the cars burst into flames.  Of the 159 passengers and crew on board the Pacific Express No. 5, 64 were injured and 98 were killed. Forty-eight of those who died were unidentifiable. Sometimes, the cries of those who perished there, those caught in the wreckage and consumed by the fire are heard above the sound of the river. Tiny lights have been seen hovering below the new bridge where the old once stood. 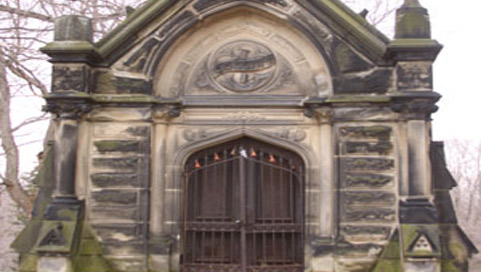 Nineteen of the victims of the Ashtabula Train Disaster who were burned beyond recognition were buried in Chestnut Grove Cemetery on January 19th, 1877. A memorial was built above their graves in May of 1895, commemorating the tragedy. Here, apparitions have appeared before those visiting the cemetery. Ghostly forms have been seen near the memorial and walking the pathways around it. Charles Collins who helped develop the bridge is buried here too and he has been seen weeping into his hands over the loss. 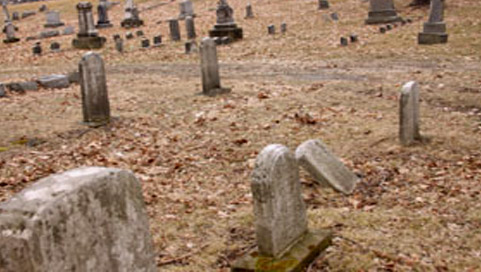 Jeanette McAdams was never formally accused of poisoning 5 of her 10 brothers and sisters, but they all died mysteriously each time she would return to visit the farm of her parents 2 1/2 miles outside Ashtabula. The dead children were buried in Edgewood Cemetery and it is said the ghost of their sister hovers a dark shadow stalking their graves still.