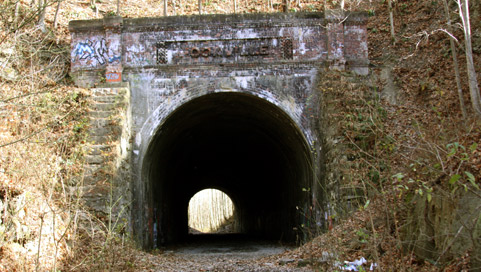 The ghost of an engineer, a brakeman, a woman hit by a train and a bully haunt the tunnel. 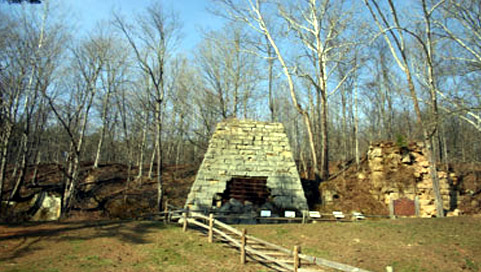 The ghost of a night watchman who fell into its hot depths haunts the furnace. 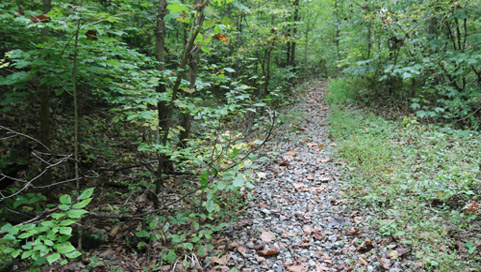 Voices have been heard along the valley and trails of this long-gone mining town between Moonville Tunnel and Kings Station Tunnel. A miner who hitched a ride on a train lost his hand when it hit the tunnel coming out of Moonville. He died and fell off the train somewhere around Bear Hollow, but they didn't find him until a week later. He walks the tracks searching for his hand, and I've heard tell that the ghostly hand is out there waiting to hitch a ride on someone's ankle trying to find the body so watch out!